Why my friend Melanie chose to shave her hair off. Read her story here. - Pretty Little Braids

Why my friend Melanie chose to shave her hair off. Read her story here. 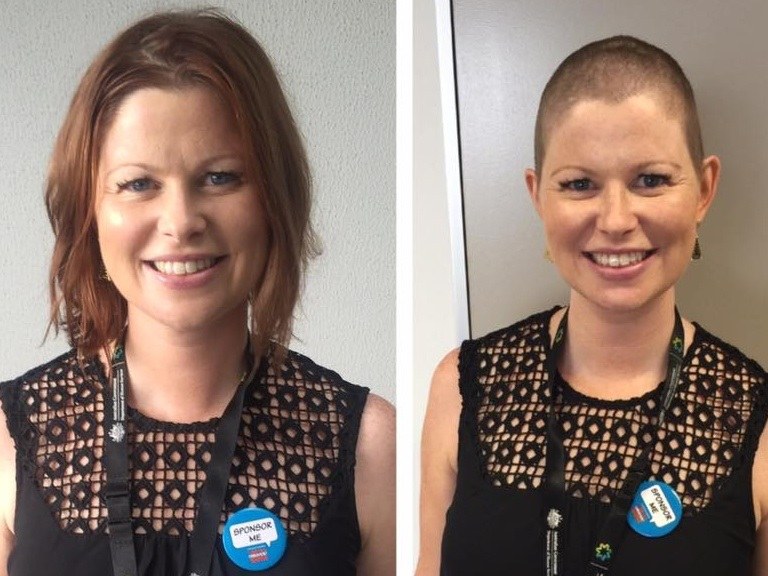 A friend of mine, Melanie Arnoldt, decided to participate in the World’s Greatest Shave.  The World’s Greatest Shave is one of Australia’s biggest fundraisers.  This iconic, annual event is for blood cancer.  Thirty-five Australian’s a day are diagnosed with Leukaemia, Lymphoma or Myeloma, making blood cancer the third biggest cause of cancer death in Australia.  Amazing, ordinary people take part in getting sponsored to publicly shave, colour or wax their hair, to raise money for this important cause.  The money raised goes towards research, more effective treatments, and support for families.  http://awsmulti.worldsgreatestshave.com/

I thought this was a huge deal.  There is just something about shaving my head that terrifies me. Melanie’s participation got me thinking and I took to asking my friends whether they thought the same.  There was one response that gelled with me.  ‘There are plenty of other things I could do to contribute.’  Right there, I found my answer.

Mel agreed to answer a few questions about her experience.  Read the interesting conversation I had with her below. 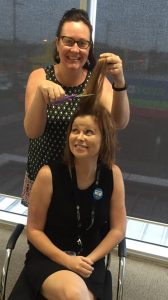 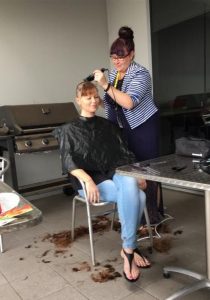 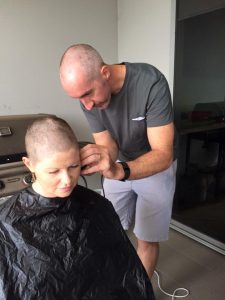 How did you feel going into this?

It was all fun and games in the lead-up, but reality soon hit when the time came to get the clippers out, I was nervous and excited.

What have been the pros and cons of having a shaved head?

Pro – Definitely the lack of washing and styling I have to do.  It also feels nice to run my hands over it.

Cons – Growing it out is going to be super painful, going through awkward lengths trying to get it long again.

I love that you and your whole family got involved and shaved their heads.  Was this your idea?

I shaved my Husband’s head the night before and then just decided that I’ll do the kids heads in the morning.  They are aged five and two and were so excited to be involved. 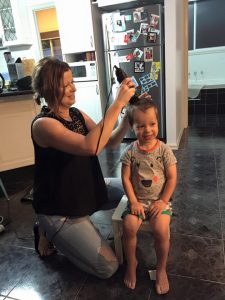 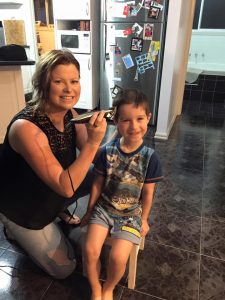 Would you do it again?

This is the second time I have shaved my head.  I did it about ten years ago, but I think this will be the last time I’ll do it.  Or maybe again when I am in my sixties.

Has blood cancer touched someone close to you?  Would you like to share your reason for participating in the World’s Greatest Shave?

My husband’s father passed away from blood cancer in 1996, and his mother died of cancer in 2006.  It was in 2006 I did the first head shave.  I never got to meet my father-in-law but I did it in memory of both my in-laws.  Just wanting to do my part to raise money for a great cause. 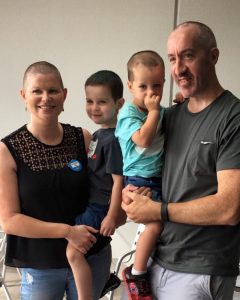 What an inspiration!  I am proud to have a friend like Melanie, who is not scared to go the extra mile for such a great cause.  Mel, well done in raising over $2,500 smashing your goal of $1,000, I commend you!  It takes a brave woman to shave her head willingly.  Good on you!  How beautiful you look. 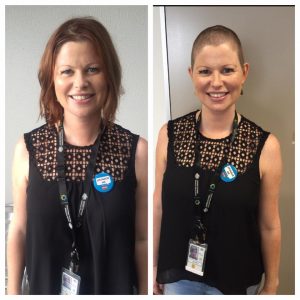 Your feedback is valuable for us. Your email will not be published.

Whether you're looking to learn some braiding basics, or want to perfect that waterfall 4 strand loop braid - you've come to the right place!

Coming soon, you'll find tutorials & tips and our online store. But for now, we're excited to share a gallery of our favourite braids and even more braiding workshops. Start exploring and happy braiding!